An insurance agency that grows to serve you better and better!

In the late 1960s, working for an insurance agency was the furthest thing from young Carl Nelson’s mind. Carl loved motorcycles and everything to do with them. He talked motorcycles, he repaired motorcycles, he raced motorcycles. It seemed like a no-brainer to open a motorcycle shop in 1969. That went pretty well, but, after a few years, Carl saw a better opportunity: Insuring his motorcycle customers.

In 1977, Carl became an insurance agent with Farmer’s Insurance. With his new insurance agency next door to his motorcycle shop, Carl did quite well. Soon he began writing other types of insurance for his customers. Of course, Carl was always looking ahead. He wanted to provide better prices to his customers. The only way he could do that was to work with multiple insurance companies, not just one. He decided to branch out on his own as an independent insurance agency. No more reporting to corporate.

In 1980, Carl Nelson Insurance Agency, Inc. was born. As a local, independent insurance agency, Carl Nelson was able to expand and offer his customers a full-range of insurance coverages with the highest level of friendly customer service. This new venture did very well.

In 1983, Carl purchased the building located at 1216 North Douty Street, which became the home of Carl Nelson Insurance Agency for 26 years. During those 26 years his sons Jon, Mark, and Todd grew up and decided to join the business. The Nelson family was so successful in expanding the business, that the agency simply outgrew the building.

By 2008, it was time to start looking for a new location to fit their current needs and that would allow them to expand in the future. Mark noticed that the former Iseman’s department store building was for sale and brought the idea to his brothers and dad.

The boys got some estimates to see if they could convert the building from an open warehouse layout to a professional office space at an affordable cost. After the bids were in, they knew it was doable. They also knew that with the high volume of traffic on 11th Avenue in Hanford, the new building would be a terrific location.

Today, the Nelson family and their 25+ staffers are putting all that new office space to good use to better and better serve you. We also have an office in Visalia. 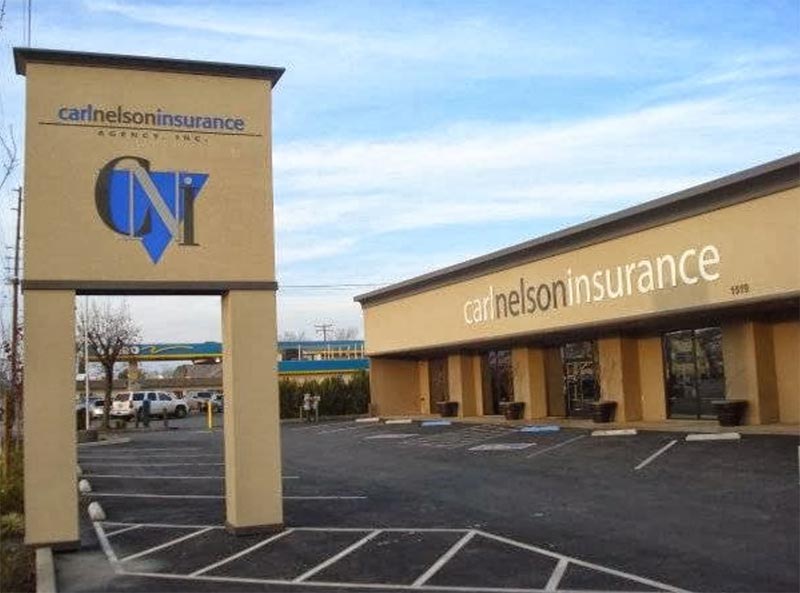 Get quotes from multiple companies.

We proudly serve the insurance needs of customers throughout the state of California and, most especially, the following communities: Hanford, Visalia, Tulare, Fresno, Lemoore, Bakersfield, Kingsburg, and Selma.