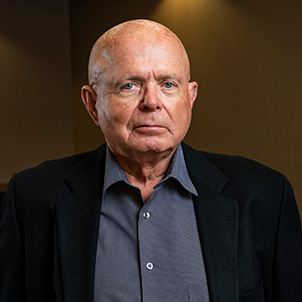 In 1977, Carl B. Nelson began augmenting his motorcycle business by selling motorcycle insurance as a Farmers insurance agent. That was so successful, he began selling other types of insurance.

After a few years, Carl realized he could offer his customers better coverages by becoming an independent agent. In 1980, he opened Carl Nelson Insurance Agency.

Carl’s philosophy has always been to be honest, provide his customers with the best coverage possible, treat all customers with respect, and provide a friendly atmosphere.

Carl has been fortunate enough to have his three sons, Jon, Mark, and Todd, join him in the business. And now his grandson Carl has also joined the firm.

When not in the office, you can find Carl enjoying the outdoors on his boat, Ofishal Business.

Read more about Our History.